“(…) But this benevolent image vies with the detached Marion Sims portrayed in Robert Thom’s J. Marion Sims: Gynecologic Surgeon, an oil representation of an experimental surgery upon his powerless slave Betsey. Sims stands aloof, arms folded, one hand holding a metroscope (the forerunner of the speculum) as he regards the kneeling woman in a coolly evaluative medical gaze. His tie and morning coat contrast with her simple servants’ dress, head rag, and bare feet. (…) I wanted to reproduce Thom’s painting on the cover of this book, or at least in the text, but when I asked permission of its copyright holder, Pfizer Inc., the company insisted on reviewing the entire manuscript of this book before making a decision. As an independent scholar I could not acquiesce to this, and I used another cover image. When I renewed my request to use the image within the text, Pfizer agreed to base its decision upon reading this chapter and an outline of the book. The Pfizer executives apparently were uncomfortable with what they read, because they refused to grant permission to reproduce this telling image or even respond to my query after I supplied the requested chapter and outline. This act of censorship exemplifies the barriers some choose to erect in order to veil the history of unconscionable medical research with blacks. Betsey’s voice has been silenced by history, but as one reads Sims’s biographers and his own memoirs, a haughty, self-absorbed researcher emerges, a man who bought black women slaves and addicted them to morphine in order to perform dozens of exquisitely painful, distressingly intimate vaginal surgeries. Not until he had experimented with his surgeries on Betsey and her fellow slaves for years did Sims essay to cure white women.
Harriet A. Washington, “Medical Apartheid” 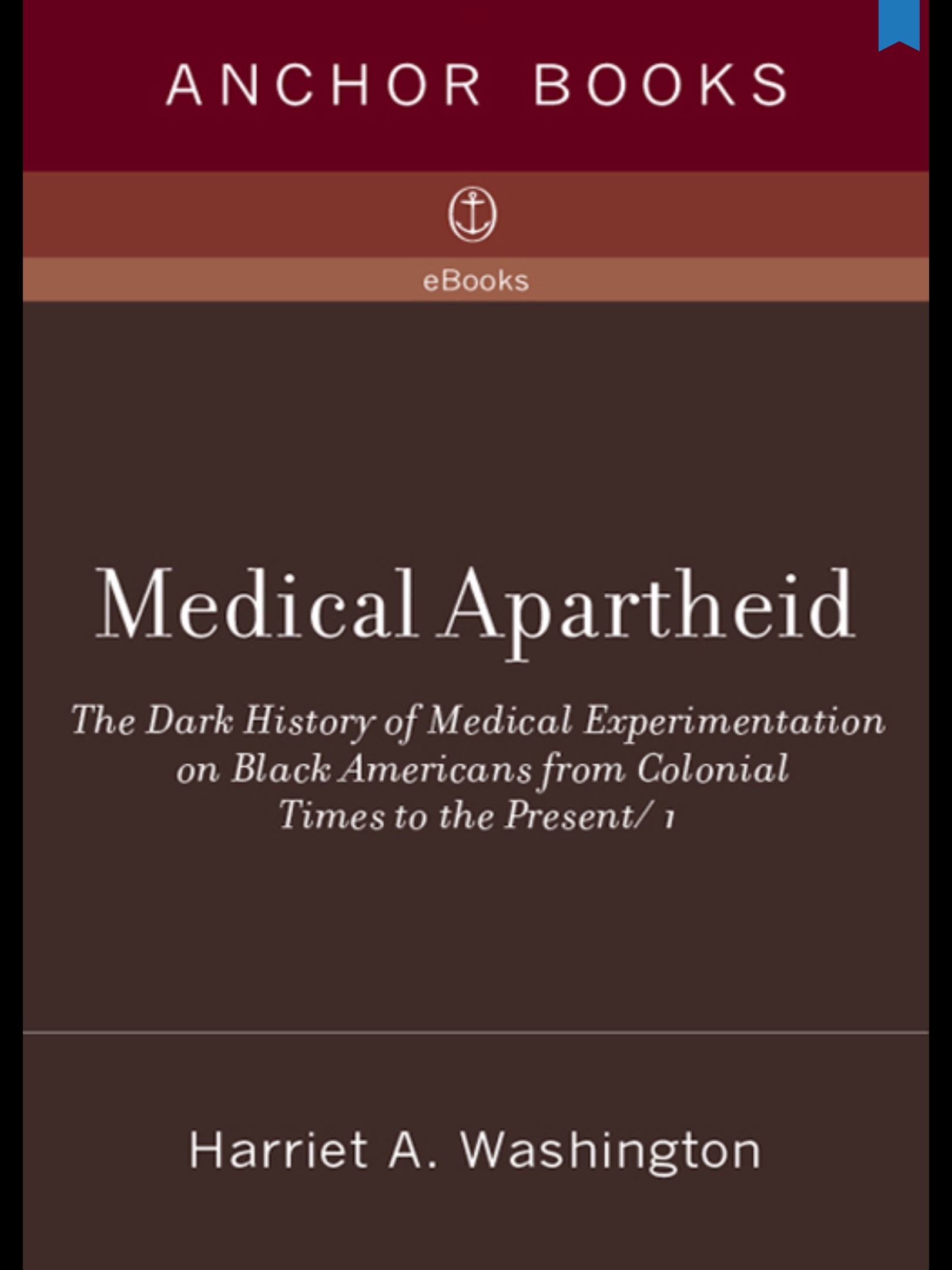